The Story of the Frogs 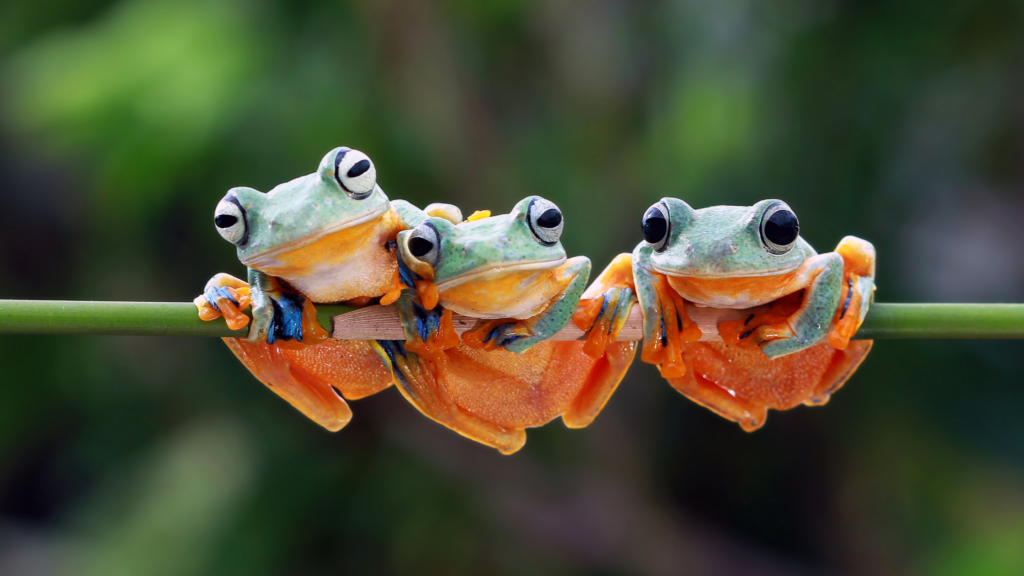 This is a very inspiring article which has been written by talented Maeve Lankford, who was recently participating on our Zen Koan meditation course. What a beautiful insight you’ve found within the ‘Frogs koan’, Maeve! Thank you so much for sharing it with us and we wish everyone to enjoy this soothing reading! Peter & Vero, The Drunken Monk

Recently I did a 10-day meditation series with the wonderful Peter Harper, aka The Drunken Monk.  The series was based around Zen Koans, short riddles or puzzles that Zen Buddhists use during meditation to help them unravel greater truths about the world and about themselves.

The koans can seem a bit paradoxical and in my short experience with them, they have layers of meaning, not unlike Ogres (ref. Shrek!) and onions!

As explained in an article in the Huffington Post,

“Koans may seem like paradoxes at first glance. It is up to the Zen student to tease out their meaning. Often, after a prolonged and exhausting intellectual struggle, the student realizes that the koan is actually meant to be understood by the spirit and by intuition“

One of the Koans I really loved was this one about the frogs.  I’ve reproduced it in full below.

Have a read of it in your own time and maybe let it sit with you for a while before you come back and read the insights I had about it.  As the Drunken Monk encouraged those of us on his course, ‘let the koan land on you and be absorbed, like rain falling on the earth’.

“A group of frogs were traveling through the woods, when two of them fell into a deep pit. All the other frogs gathered around the pit. When they saw how deep it was, they told the two frogs that they were as good as dead. The two frogs ignored the comments and tried to jump up out of the pit with all of their might. The other frogs kept telling them to stop, that they were as good as dead. Finally, one of the frogs took heed to what the other frogs were saying and gave up. She fell down and died. The other frog continued to jump as hard as she could. Once again, the crowd of frogs yelled at her to stop the pain and just die. She began jumping even harder and finally made it out. When she got out, the other frogs said, “Did you not hear us?” The frog explained to them that she was deaf – she thought they were encouraging her to jump out of the hole the entire time.“

I loved this koan on many levels!  The first level for me was perhaps an obvious one, that if we let other people dictate our responses, we’re at their mercy.  So much so that it can kill us – literally knock the lifeblood out of us, and even if we don’t actually die, we certainly stop living.

Equally important though, is what I understood as each of us being able to give our own meaning to what others are saying and doing.  We can choose to see it as supportive or not.

Admittedly, the deaf frog couldn’t hear the actual words, but the interpretation she gave to the behaviour of the frogs was that they were encouraging her.  And the more they shouted to her to give up, the more she understood they wanted her to succeed.

Think about that!  No matter what the words others are saying, we can choose to interpret it as them wanting us to succeed.  Doesn’t that put a whole different layer of possibility on everything that’s going on around us?

Whatever is going on for you right now, what’s an empowering thought you can have about other people’s behaviour?  How can you interpret it in a way that encourages you?

The other layer that I took from this story is that our minds are like the frogs on the side lines and especially so in the context of our dreams and our desire for change.  There are always those inner critical voices that tell us we can’t do it, we might as well give up, that it’s too difficult or will cost us too much.

My take on the koan is that we need to press on, keep jumping, keep going and we can make it.  “Is feidir linn!”

Dr Maeve Lankford
With over 25 years experience of working in people development and human potential, Maeve is a sought-after coach, speaker, facilitator and trainer. Specialising in leadership and self-leadership, team development, resilience and wellbeing, she is also an advocate for gender equality, particularly in Higher Education.

You will receive a link to the recording via email. In addition to a free recording, you can also enjoy occasional inspirations. You can unsubscribe at any time from the newsletter and we will never send you any spam! Read more