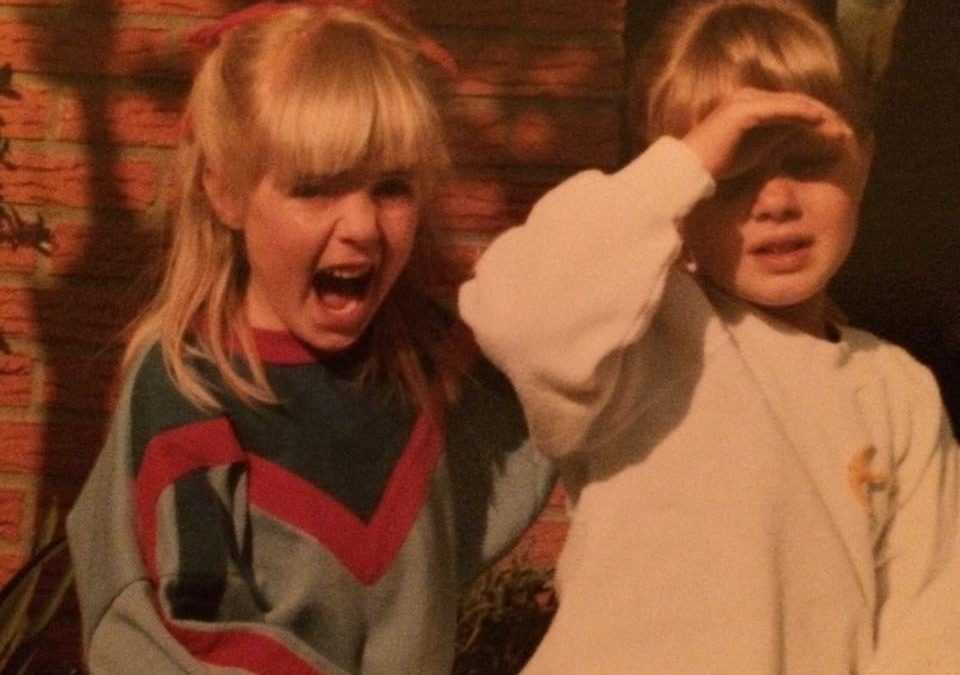 At this article, Jorien, the participant at the latest Enlightenment Intensive retreat, beautiful woman and very brave soul, shares her intimate experience from the journey. Lets see, if at the end of reading you’ll feel the same as we did… kissed by something… something, which could be called the beauty of vulnerability and authenticity. And we all from The Drunken Monk thank you, Jorien, for being so open and inspiring.

You can read the original article (in Dutch) HERE.

“I sound my barbaric yawp over the roofs of the world …”. Three weeks ago I first heard this line of poetry, from Song of Myself (1892) by Walt Whitman, on top of a mountain that looks out over Lake Orta in northern Italy. It is becoming a tradition to start a retreat every new year with a retreat in that enchanting place.

This time I participated in an Enlightenment Intensive, under the guidance of Peter Harper. As the founder of The Drunken Monk project, he brings Eastern and Western traditions together in techniques that help us explore our essence, our authentic self. Including this incredibly challenging Enlightenment Intensive: for three days from six in the morning to eleven in the evening, according to a fixed structure, we contemplate the question “Who am I?”

After two days into the Enlightenment Intensive, I still had the feeling that I wasn’t making any progress in contemplating the question, until Peter invited us to present our “barbaric yawp”. During an open session he remembered a scene from Dead Poets Society (1989), in which that line of poetry is central: “I sound my barbaric over the rooftops of the world.” It means as much as: “I pour out my primal scream over the roofs of the world.” A direct, unadulterated expression of what takes place in your innermost being.

This invitation made me curious at first. What would it bring if I stood there doing my “barbaric yawp” in front of the other participants? That curiosity was suppressed in a fraction of a second by an internal laundry list of incredibly good reasons to safely remain seated. What would the other participants think of me? Who in the world is waiting for this? And what is that, my own “barbaric yawp”? In the meantime a few people preceded me. Narrating, screaming, dancing. I knew I would regret it if I didn’t do it.

Back home, I looked up the relevant excerpt from Dead Poets Society. The scene is set in the classroom of a secondary boarding school in the late 1950s. The free-spirited teacher John Keating (Robin Williams) lets his students recite their self-written poems during the English lesson. The shy Todd Anderson (Ethan Hawke), has nothing to recite. “Mr. Anderson thinks that everything inside of him is worthless and embarrassing. Isn’t that right Todd? Isn’t that your worst fear? Well, I think you’re wrong. I think you have something inside of you that’s worth a great deal! ”

Keating writes the words of Walt Whitman on the blackboard: “I sound my barbaric yawp over the rooftops of the world”[1] , and asks Todd to demonstrate his “yawp” in front of the group. Todd needs a lot of encouragement. The discomfort can be read on his face.

And then something wonderful happens. Keating forces Todd look at Whitman’s portrait. Grabs him with one hand in the neck, puts his other hand on his eyes, turning him around. “Tell me what you see! Don’t think, answer!” Todd hesitantly starts to mumble some words. The moment of surrender, in which the poem comes naturally. Beautiful sentences flow effortlessly from his lips. His teacher steps back and squats. Where the class initially reacted with laughter at the scene, they suddenly turn completely silent. The camera turns away from Todd to show the wonder on the boys’ faces. Even as a spectator you feel that it is serious, that it is real. That there is nothing more to deny. Applause. An unpretentious smile reveals that even Todd himself is impressed by his own abilities.

I stood up. Stepped into the middle of the circle. Immediately big, fat tears rolled down my cheeks. An uncomfortable grin on my face. My nerves made even standing upright hardly possible. Stutteringly, I introduced my “barbaric yawp”. With a trembling voice, I started singing the first thing that came to mind: “Something inside so strong. Express yourself. I want to break free.” Uncontrollably, mixing the lyrics of all these songs together… Right through my tears, my voice regained its strength. The liberation that I experienced. Encouraged by the loving glances from the people surrounding me. The sudden, reassuring realization that fear and victory can exist at the same time.

After the session I ran full speed, high on adrenaline with bare feet across the frozen terrain to discharge the enormous energy that had built up. I sounded my barbaric yawp over the roofs of the world. And it felt indescribable.

[1] In the film, Keating writes “rooftops,” rather than “roofs,” as it appears in Whitman’s original text.

Jorien is founder of BROESLI. She truly beliefs that the most wonderful things emerge when you really connect. With other people, with your essential self, with what really matters to you. As a team coach and facilitator she guides people and organizations through their transformational processes, in creative group sessions, as well as family- and organisation constellations. www.broesli.nl

You will receive a link to the recording via email. In addition to a free recording, you can also enjoy occasional inspirational news. You can unsubscribe at any time from the newsletter and we will never send you any spam! Read more